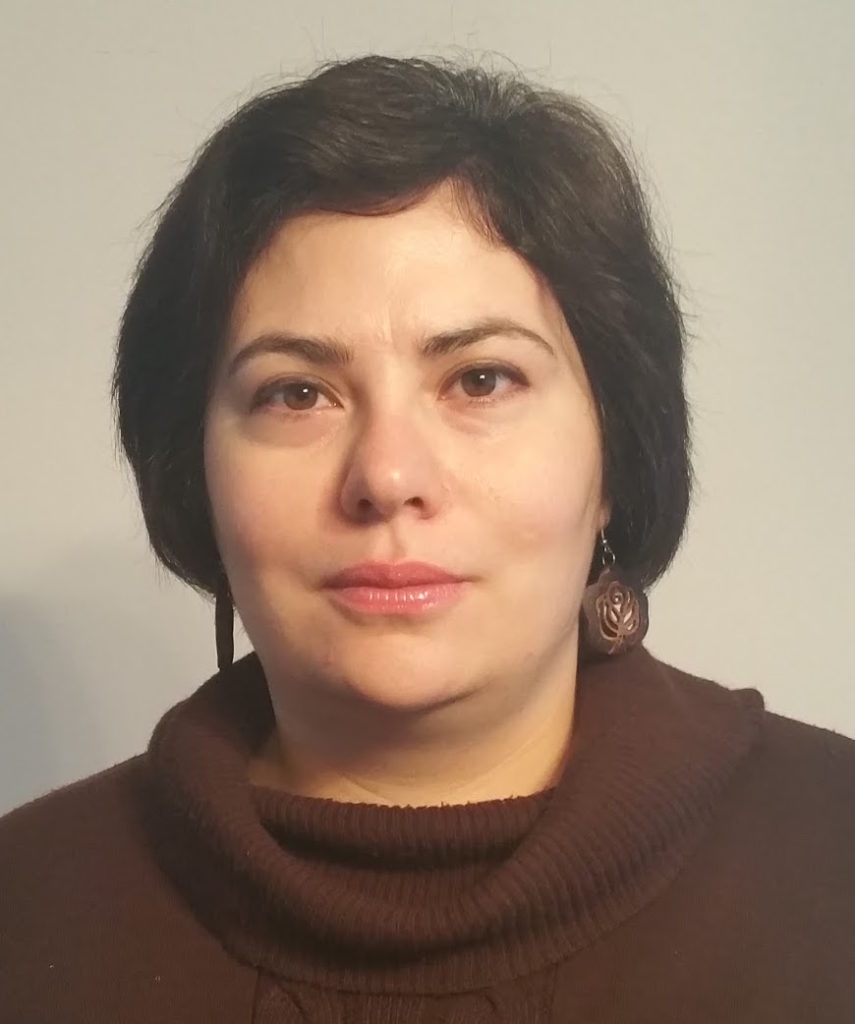 Dr Elahe Radmaneshfar – What comes after two dream jobs and a PhD?

Elahe is originally from Iran, and I always find it fascinating to talk to her. Why? Because I can learn about an unfamiliar world. I don’t know an awful lot about Iran; just bits I snap up through the media. I can ask Elahe naïve questions without fear of judgement or ridicule. She dispels my misconceptions and widens my viewpoint. What’s more, Elahe is a rational thinker. I can run ideas by her knowing that she’ll ask me tricky questions or make suggestions that will help me develop these ideas further.

How did you experience growing up in Iran in the 90s as a girl who loves science?

First of all, it’s no problem for a girl to study science in Iran. Before coming here, I had never thought there is a need to motivate girls to study science. Everyone around me wanted to get a science degree one way or another at high school.

When I was at school we had a very competitive scheme that was supposed to encourage pupils to do well. The basic idea was that if you are one of the top three pupils in your class at year-end, you can go on a school trip. We were about 30 to 35 pupils per class. When I was in the second year of secondary school, I narrowly missed that threshold. I came fourth! I was so upset that I cried for two days, which was very atypical for me. But it would have been one of my first school trips, and my friends were going. I felt left behind.

Then, my teacher and my mum introduced me to a different meaning of education and learning. They explained that it should be about truly understanding something rather than about competing for good marks. This changed my attitude completely.

The next year I didn’t worry about the rankings at all. Instead, I focused on the subjects I enjoyed and was genuinely interested in – physics and maths. My overall rank dropped to 7th or 8th, but for me another goal mattered much more. I wanted to get into, what we call, the high school for the ‘exceptionally talented’ because I knew that this would open doors for me in the future. This type of school lets you to develop more freely as well. You are less restricted by school regulations. – I got in! It allowed me to develop both as a person and as a scientist. By the way, in that school I met Maryam Mirzakhani who won the Fields Medal in 2014. That’s the kind of school I’m talking about!

How did you get into engineering?

Originally, I wanted to study pure mathematics. However, my dad advised that I’d need follow it through all the way to a PhD if I chose this path. I didn’t want to commit to that at the time. So, I looked for the closest possible match to a maths course. I chose electrical engineering and then specialised in control engineering. There were also other considerations. Engineering is more valued in Iran than science. So, I knew I would have a better job choice after my studies.

How did you end up coming to the UK?

After my BSc I landed a full-time job in an oil company in Iran. That was considered a dream job by many! At the same time I was accepted for a Masters degree course. I completed my MSc whilst working full-time. That was tough!

After my MSc I decided that I didn’t want to stay in the oil industry and quit the dream job. I wanted to do a PhD and move from studying man-made systems to natural ones. Now, if I was going to complete a PhD, I wanted to see how research was pursued outside of Iran. Also, moving around between institutions is considered positive in academia.

However, I stayed in Iran for personal reasons for a few more years. I managed to land a teaching position at my university. They even offered me a PhD grant which would have required me to return to this university after completion and take on a permanent position there. Another dream job for some, but not for me. I wasn’t ready to commit.

Eventually, I started a PhD position as a mathematical modeller at the University of Aberdeen, which was fully sponsored by the university and the Scottish government.

From where did you source the confidence to make such difficult decisions?

I was able to follow my professional aims because I believed in myself.

My mum’s motto was, “If you want to do something, you’ve got to excel in it.” She wanted us to focus on specific efforts instead of doing several things half-baked. That’s what I did. My dad used to say, “The sky is the limit.” He would not take a no for an answer from us. No excuses. My parents’ wisdom helped me develop my confidence.

How did you find the transition from working in Iran to studying in Scotland?

Even though I spoke English well, I came home with a headache every day for the first few months. I wasn’t used to communicating in English all day long. Also, I had learnt many scientific terms only in Farsi and now needed to understand English terminology.

The other major challenge was biology! Because of my early specialisation at school into the maths/physics direction, biology had disappeared from my curriculum at age 12/13. I really didn’t have much of a clue! So, I educated myself with videos and books. I spoke to a lot of people and asked many stupid questions. Even today, there are still so many unknowns because biology is such a wide field.

Nevertheless, this is also the beauty of working in interdisciplinary sciences. You learn so much!

From social point of view, I enjoyed every moment of this transition. When you move to a new country or city and are open to learn, there is so much to learn. Immigration opens your eyes and helps you define a meaning for life that is not possible by reading books or listening to the news. I would like to move again if the opportunity arises.

You create mathematical models of biological systems in your research projects. What does this entail?

The detail depends on the specific question. In principle, we collate as much as possible of the existing knowledge that is relevant to the question and try to connect all these pieces of information using mathematics. We figure out the type of connections, the relationships between the dots if you like. Then we try and describe these with mathematical formulas and simulate scenarios on the computer. For this we develop different questions and see what comes out of the model system.

This approach can be applied to any field; ours is biology. If you want to be a good mathematical modeller in a field of your choice, you need to understand that field and any auxiliary fields; in my case that is for example chemistry which plays an important role in biological systems.

Looking at potential career options, do you feel that academia or other institutions should provide more information for academics to learn about alternative career paths?

Yes, I would like that. I am actually not sure how to classify myself. I studied engineering; completed a PhD in physics; and am working in mathematical modelling of biological systems. As soon as I say that, it’s usually a conversation stopper with recruiters.

I feel that if you do purely academic research, you can’t really speak to industry. Also, not everybody in industry seems to grasp the interdisciplinary nature of academic work.

It requires effort from both sides. Scientists need to think of applications for their research beyond the mere academic pursuit. Companies should have scientists in their recruitment or HR teams if they want to find good scientists. I’m saying that because of a recent experience.

I was at a Nature Jobs careers fair in Germany not long ago with a handful of other scientists. We spoke to loads of company reps who didn’t really understand what we were doing or what kinds of jobs they could offer us. It was a bit easier speaking to technical staff than HR people to be fair, but overall it was disappointing. To me the point of career expos is to explore what is out there, but that didn’t happen.

What are your future plans or aspirations?

I still have two years on my postdoc contract left. Not sure what comes next.

I am interested in entrepreneurship, especially in the biotech sector, but have no clear idea yet. As scientists we learn lots of transferable skills like public speaking, networking, communication or people management. These skills are useful whether you start your own company or continue as a principal researcher in academia. At the moment I am waiting to find the right idea or challenge. Maybe I start with something small and not necessarily scientific to learn how to run a business first.

Although my career path has taken a few turns, I use the skills I have gained along the way. For example, my engineering skills now help me look at things from a practical angle. I strongly believe that no matter what you do in life, if you hone your skills, you’ll make good use of them eventually.

Thank you so much for taking the time to share your insights, Elahe.

1 thought on “Dr Elahe Radmaneshfar – What comes after two dream jobs and a PhD?”