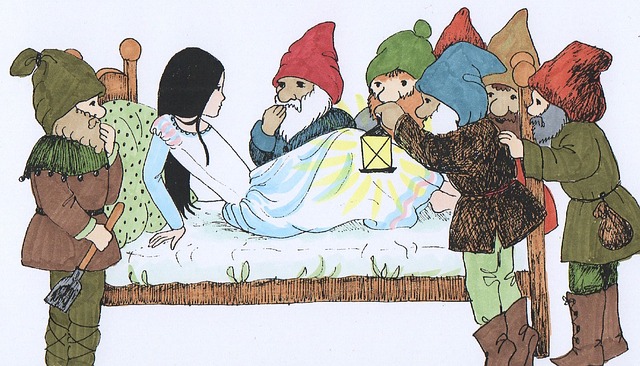 Since I plunged myself into the SSI world not too long ago, I’ve been both a learner within a new professional area and increasingly someone trying to explain what I do to others. Unsurprisingly, in both roles the challenge is more fun and rewarding when content is presented creatively with little technical terminology and in an accessible context that stimulates imagination and memory. Stories, analogies, visuals are all useful options. So, I’ve been keeping an eye out lately for decent examples talking about Web3 topics and compiled them in this article. I’ve grouped them by literary or visual technique as I perceive them. Don’t pin me down on this, I’m not a linguist. Whilst some examples use a mix of such devices, I only highlight the ones that struck me the most.

Before we get into this, let’s quickly summarise some neat storytelling or pitch frameworks I have come across.

How do you tell a story?

This is primarily intended for job interviews as far as I know but is versatile.

This is primarily intended for public speaking but can be adapted to written content.

This one feels as if it was intended for a brief business pitch. The focus is on ‘why’ something is the way it is rather than explaining the ‘what’, ‘how’, ‘when’ and ‘where’.

The most straightforward way for a long(ish)-form piece is a solid informational article that explains technical terms by using regular language and, ideally, a structure that builds the reader’s knowledge step by step. Here’s a book extract that achieves this nicely:

A more engaging way of getting the reader interested into the topic or illustrating a point is by sharing a relevant relatable story. Here’s a lovely example that uses a personal story to set the scene: Web3 and Sports by Mike McCoy.

Scenarios can be composed just like stories; the language may generalise and abstract away from the personal experience. They may, in fact, describe an entirely hypothetical situation. Here’s an opinion piece with a short and sweet scenario near the end: From Apple Pay To Apple Paid by David G.W. Birch. Here’s an article using a lengthy scenario: Token-Based Identity by Phil Windley.

An analogy compares unrelated things to show how these are alike based on commonalities. Here’s a blog post spiked with analogies: What is Self Sovereign Identity by Florian Strauf. Mike McCoy‘s piece mentioned earlier also uses analogies to illustrate explanations.

Analogies for the Web3 world may be perceived as flawed when they are anchored in the Web2 world. I would argue it depends on the author’s background and outlet, target audience and goal of the communication. People who deeply understand a topic often feel pained by inaccurate analogies. However, in the end, you need to assess the ‘damage’ it really does and the gain for the learner of getting a little bit closer to grasping something new.

I suppose, if you struggle to find a satisfactory analogy, using a scenario may be a more useful choice. Personally, I’d find it a shame to avoid Web2 or other slightly flawed analogies because relating something novel to something people are familiar with can help reduce “fremdeln” or apprehensiveness with that new tech and underlying concepts.

You know how they say, “A picture says more than 1000 words.” Here we go, tech storytelling with visuals.

Despite all the jazzy content on social media competing for scrollers’ attention, I’ve noticed some educators using visually plain slide decks to explain Web3 concepts. Here’s a LinkedIn post without any frills – simple in both language and design: A simple technical guide to NFTs by Keir Finlow-Bates. Such decks may barely class as visuals. Yet, I’ve placed them here because in a social media context, they represent easy-digest click-through content similar to visuals thanks to their brevity. It requires skill and practice to express something complex succinctly in everyday language and be as accurate as possible at the same time. Taking the design effort away helps creator and learner to focus on the content, and it allows educators to share content quicker without spending extra time on design. Because there is not much content to digest, slides don’t necessarily need to entertain to keep the learner engaged. I would say, though, that at least a bit of well-applied colouring doesn’t hurt.

Here’s a LinkedIn post with a longer, more involved but visually still fairly basic slide deck: Token Economy – a primer by Andy Martin. I’d call that neither easy-digest nor click-through content; probably more something to be downloaded or bookmarked for later if you’re just passing by to check your feed. This post should also be seen in the context of the author’s social media activity. He keeps a disciplined focus on this topic area and repeats messages across posts and articles, which helps reinforce his attentive followers’ learnings.

Who doesn’t love an infographic? They allow for letting your creativity run free and can vary greatly in complexity:

As always, it depends on the purpose which presentation is more effective.

I suppose you could consider memes a funnier version of infographics. They’re a wonderful way to get a message across – often using cheeky or very relatable content. Whilst memes are great tools to capture even people with a short attention span, the message they convey does not necessarily need to be simple. At first glance, it may just be funny and obvious. But if you tried to explain the meme to someone in words, you might quickly realise the underlying complexity or deeper meaning. Smart memes may well lead you down a rabbit hole.

I hope you found this short review informative. Let me know if you have come across anything else to add to this list.

Demonstrations can deliver analogies in a practical and tangible manner like in this marvelous production by WIRED: