I thought I kick off the year with an article about Immunicum, a Swedish company I stumbled across a week or so ago.

As an immunologist by training I have a soft spot for companies looking to exploit the versatility and strength of our own immune system. Immunicum does just that. In their own words, they aim to create “the blue print for the world’s first personalised, off-the-shelf affordable cancer treatment” which improves both survival and quality of life.

So, how are they going about this?

Immunicum’s research is based on platform technologies designed for the development of immune enhancers against various cancer types. They aim to see their therapeutic cancer treatments through clinical phase II trials. Thereafter, they will be looking to out-license the most promising candidates to interested pharmaceutical or biotech companies that develop anti-cancer immunotherapies.

I don’t really know how that industry works, but that sounds like a pretty neat concept to me. Companies with the know-how and means of getting a promising product to the market as an actual treatment are supplied with potential winners without having to invest into years of research and early-stage trials. If the treatment makes it on the market, Immunicum gets a share of the pie through the maintained license agreement.

I must say that I like the collaborative nature of their approach. By involving academia, it gives academic research purpose beyond the mere pursuit of knowledge or theoretical promises of the future impact of the performed research. There is an actual goal of a potential real treatment coming out during the lifetime of the researcher.

What’s the science behind all this?

Immunicum’s immunotherapies are based on three technology platforms: COMBIG, CD70 and Ad5PTDf35-adenovirus vector.

Immunicum’s COMBIG platform is basically a library of dendritic cells (DC) from healthy blood donors which are used as immune enhancers. This means DC do not have to be isolated from each individual patient, but can be prepared and stored in bulk.

Immunicum isolates DC precursors (monocytes) from donor blood, differentiates them into immature DC and activates them. These prepared DC are then frozen for storage and are ready for use when needed.

The hypothesis is that upon injection into the patient, COMBIG-DC basically act as kamikaze squad that is sacrificed to unleash the patient’s own immune reaction against cancer. INTUVAX® and SUBCUVAX® are the current COMBIG treatments.

INTUVAX® is injected into a patient’s solid tumour. Because these DC are basically ‘foreign’ to the patient’s body, they elicit an immune reaction against themselves locally which drags the neighbouring tumour cells into the melee. As a consequence, the tumour casualties are taken up and broken down by the patient’s own DC and now presented as antigens via regular immune mechanisms to other immune cells like T cells. These little ferocious defenders are now able to recognise the tumour and attack it.

Since you can basically apply INTUVAX® to any injectable solid tumour, this treatment is not limited to any specific organ. This concept is just plain beautiful!

SUBCUVAX® DC are loaded with immunogenic tumour antigens in the lab using Immunicum’s patented adenovirus-vector, Ad5PTDf35. Once injected subcutaneously into the patient, these activated DC secrete high amounts of immune stimulating factors to recruit the patient´s own DC and other immune cells to the injection site. SUBCUVAX® DC are basically like a suicidal angry Trojan horse. The recruited DC engulf the SUBCUVAX® cells transferring the hidden load of tumour antigens into themselves. They then present these antigens to other immune cells and, consequently, launch the attack on the cancer cells.

An advantage over INTUVAX® is that you don’t need access to the solid tumour. In fact, you don’t need the cancer to be solid at all. However, this approach heavily relies on the pre-selection of tumour antigens instead of the fully flexible, personalised system of INTUVAX®.

Till death do us part

Whether the patient’s immune response is activated by INTUVAX® or SUBCUVAX®, the idea is that the initial attack will lead to more tumour cell death and, I imagine, to additional uptake of tumour antigens by DC which can then activate more T- and other immune cells with different specificities.

I assume this also eliminates the worry about a solid tumour looking differently across its mass, i.e. cells on the outside of a solid tumour may present different antigens than cells in the core. By stimulating an ongoing immune reaction with constant creation of new antigens as targets for the immune system, it can be imagined that eventually the tumour cells have nowhere to hide. I suppose, the hope is that metastases will share at least some antigens with the original tumour and, thus, will also be detected and eliminated.

Even though Immunicum claims that the risk for an auto-immune reaction is not a concern, I wonder what the risk actually is considering the amount of cell death and intensity of the inflammatory response that is going on locally. Healthy bystander cells are bound to be casualties. If their antigens are also presented in an inflammatory context and the immune system lacks tolerance against these, there might be a chance that it will develop an immune response against its own host. Although, I suppose, you could argue that this is likely to be a rare occasion and the benefit outweighs the risk.

The COMBIG strategy requires a functioning immune system in the patient to build its own defence against cancer. Adoptive T-cell therapy skips most of these steps and supplies the patient with CD8+ T cells, aka cytotoxic T lymphocytes (CTL), directly. These are the cells with a license to kill.

Immunicum has devised a CD70 expansion protocol to improve CTL survival and cytotoxic efficacy in the patient.

This is Immunicum’s patented adenovirus serotype 5 vector with Tat-PTD-modified hexon and serotype 35 fiber. If that sounds confusing to you, you’re not alone. Never mind the genetic detail here, Immunicum’s gene delivery vector promises to improve the successful transfer of genetic material (like genes for tumour antigens) into a variety of human cell types.

At what stage are they?

Immunicum is running clinical phase II trials in different cancer types with their main product (INTUVAX®). The rest of the pipeline is in preclinical or phase I stage. 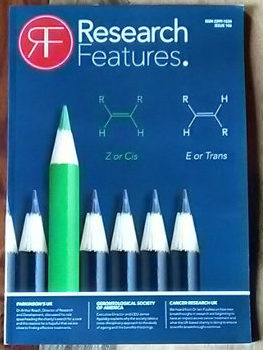