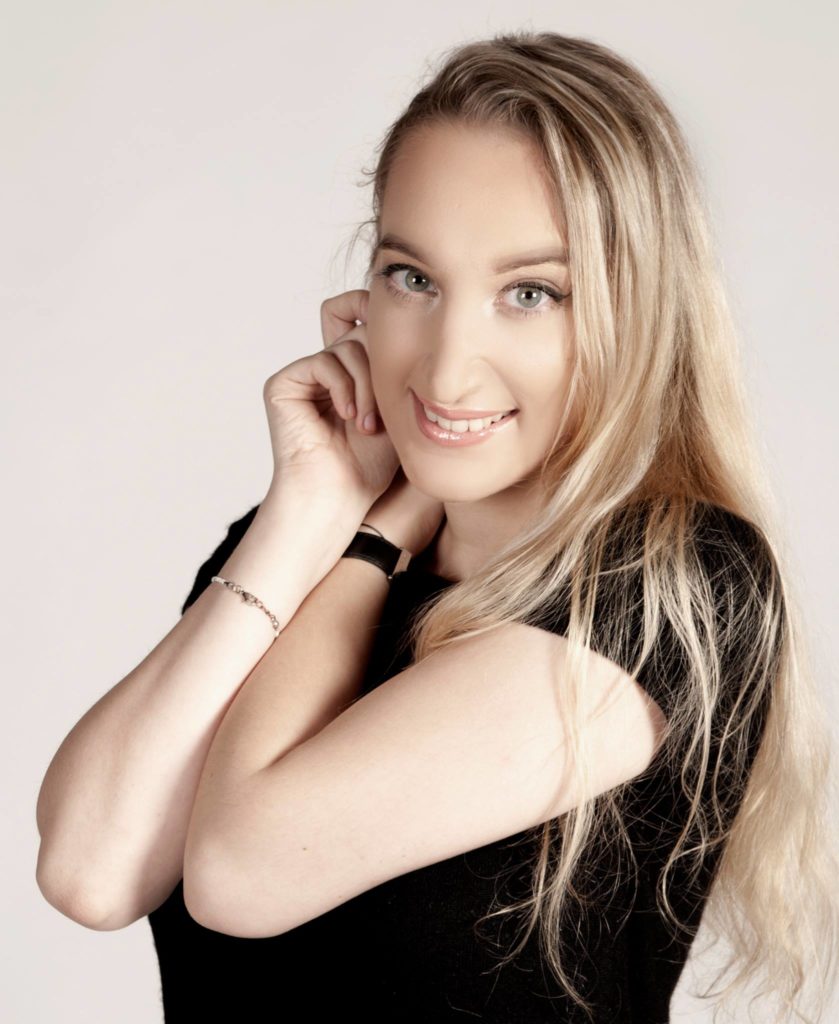 Giulia is a chemical engineer with a passion for science communication across language barriers. Recently, she joined Blue Steens as our very first affiliate translator for Italian and Spanish.

Giulia strikes me as very proactive; a woman looking for opportunities and making them happen as they present themselves.

What is your STEM background?

I have studied chemical engineering at the University of Aberdeen. My degree was very much focused on design for the oil and gas industry. However, l ended up working in the renewables and sustainability sector where l learn new things every day. At the beginning, l felt a bit out of my comfort zone, but then l began to understand how to apply my previous knowledge to new challenges. It is very reassuring to know that you can change sector quite easily.

I must admit, though, that engineering can be a very male-dominated sector. Nevertheless, the fact that l constantly have to prove myself to my male counterparts pushes me to deliver even better results.

What role has Climate-KIC played in your career?

Climate-KIC is the biggest initiative to tackle climate change at a European level. It is directly funded by the EIT.  Their work focuses on climate change and entrepreneurship.

During my studies, I had learnt about carbon capture in the oil and gas industry. After graduating from university, I was awarded a grant to pursue research on membranes for CO2 capture with a focus on renewables at the Instituto Tecnologico de la Energia in Valencia. Earlier this year, l was in Saudi Arabia to present my research at the King Abdullah University of Science and Technology. It was a great opportunity to get to know the country and to have an insight into the thriving Saudi scientific community. Saudi Aramco is investing billions into renewable energy.

As a chemical engineer, using my technical skills to tackle climate change came naturally. In addition, I also expanded my knowledge by studying Climate-KIC’s online courses on both technical and business-related topics.

All in all, my activities with Climate-KIC absolutely helped my transition from oil and gas into renewables. It opened doors for me. On top of that, the opportunity to work for the biggest EU initiative in this field was definitely an honour.

Climate-KIC also promotes collaboration among different nations as well as professional mobility, fostering the idea that climate change is a challenge that all countries and governments should tackle together. As an Alumni Scottish Representative, my aim is now to get more people involved; in particular, considering the great potential Scotland has in the renewables sector.

Tell me about your role in FEDRA.

FEDRA is the Federation of Regional Growth Actors in Europe (FEDRA). It is a Brussels-based non-profit organisation that aims at promoting regional enterprises in the EU.

My role is to raise awareness about European initiatives in my community and match local SME to grants or European calls. I write articles promoting my region, Fife, and enhancing its visibility. l also have the chance to interact with EU officers mostly via monthly webinars. We discuss particular industry sectors or initiatives, and I stay up-to-date with European politics.

FEDRA really gives a voice to small regions that are barely represented in the media or the wider public consciousness.

You master quite a few languages, including Ancient Greek and Hindi. How come?

Beside maths, physics and chemistry, l majored in Latin and Ancient Greek during my A levels. Although this helps me understand other languages a lot easier, l do not use them directly in my day-to-day job.

I won a UK scholarship in 2014 for a work experience with cultural immersion in India. We attended compulsory Hindi classes, which we then applied in conversations with locals. l picked up quite a bit, and it was extremely useful to get by in that part of the world. A year later, I went to Bangladesh for another project that involved interviewing locals. Even though I was accompanied by an interpreter, it was very helpful that I was able to understand the people. A lot can be lost in translation, especially when you depend on an interpreter who may put their own spin on things.

When I am fully immersed in a culture and the language barrier becomes apparent, I find it very easy to pick up a language because I have no other way of communicating with locals. You don’t need to be fluent to talk to natives. Even though I am not practising these languages anymore on a daily basis, I believe that I’d get into them pretty quickly if I went back.

How did you learn Spanish?

Initially, I learnt Spanish at school. When I went to the US later on, I got involved with the Spanish community there which helped develop my conversational skills tremendously. Finally, I proved to myself that I was fully competent in this language when I worked on the Climate-KIC project in Spain. I published my final results in Spanish!

Why do you think it is important to translate scientific knowledge from English into other languages?

English is the first language when it comes to scientific culture, publications and patents. This is the reason why l decided to be educated in this language first and foremost. However, this limits access to a lot of scientific knowledge for many people. It is assumed that everyone who works in academia or STEM fields is fluent in English. I know that this is not the case first-hand. One of my first translation jobs was to translate American patents into Italian, so that the workmen could actually understand and make use of them.

Thank you so much for taking the time to share your insights, Giulia.